In this video, South CP Catalyst Matt Crawford tells the story of the sale of the Florida Baptist Convention Building and the proceeds forwarded to the Cooperative Program.  Thank you, Florida Baptists!  We are better together! 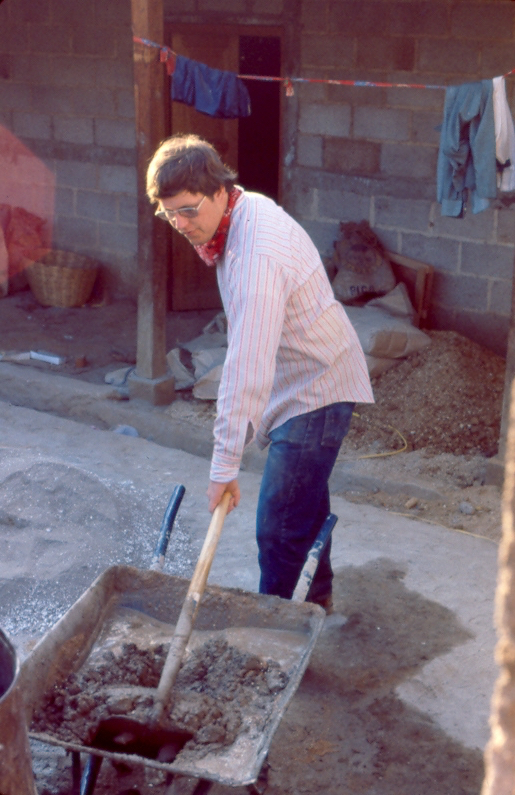 Obviously, being three years of age, I do not remember much about my dad being gone, nor do I remember much about the trip. What I do distinctly remember is what happened to him upon his return home and how it impacted our family and my life. Not long after his return my dad became very sick. We soon discovered that he had contracted an infectious form of Hepatitis A from the drinking water in Guatemala. Even as a young child I remember being extremely concerned over his health. It was scary to have your father home from a long trip and for him not to be able to get out of bed or for you to be able to spend time around him. As I reflect back on this years later, I am struck by the fact that I never heard my father complain about getting sick, nor have I ever heard him talk poorly about his mission trip experience. Perhaps the most amazing thing is that it never slowed him down from taking more trips. He is now 71 and is still actively engaged in international mission trips every year. END_OF_DOCUMENT_TOKEN_TO_BE_REPLACED

We are grateful for Dr. Gaines’ leadership in our convention.  Here, he tells his own story of being blessed by the Cooperative Program.  Thank you, Dr. Gaines!

Steve Gaines on the Cooperative Program

Steve Gaines, SBC President & Pastor of Bellevue Baptist Church, on when he first heard about the Cooperative Program.

Posted by Tennessee Baptist Mission Board on Friday, April 21, 2017

Just a quick post to point out this encouraging video from NAMB president Dr. Kevin Ezell regarding the impact of SBTS.  In every agency across the SBC, we are better together!

Thank you, @kevezell for your faithful leadership at @NAMB_SBC and for taking the time to share your Southern story. #GivingDays pic.twitter.com/nkjHplnDBV

As part of the Executive Committee’s Young Leader Initiative, the EC has engaged four pastors from around the country as catalysts to help connect with young pastors and pass the torch of the Cooperative Program to the next generation.  The four CP Catalysts are:

Evansville Baptist Church will always hold a special place in my life. I have never been a member of Evansville, but that congregation had a significant impact on my understanding of the Cooperative Program. Evansville Baptist is in a very small community near Dyersburg in the northwest part of Tennessee. When I was a teenager who had been called to ministry, that church allowed me the privilege of leading my first Sunday morning worship service.

On the morning that I spoke at Evansville, fourteen people attended the service. When you consider that nine of those people were family and friends that had come because I was preaching, the math quickly tells you that only five church members were in attendance that day. I know that the definition of “small church” can be somewhat fluid, but five members in attendance certainly qualifies as small. We had a great time of worship that morning, including two people responding to the invitation. And while I always appreciate a service where forty percent of the membership responds to the invitation, something else in the service has remained with me for over twenty years.

In the middle of the service, one of the laymen at the church walked onto the platform to lead us through the time of the offering. As he encouraged the congregation to give, he said, “A part of what you give today will be used to tell people all over the world about Jesus.” I remember sitting on the front pew of that small, Baptist church and realizing that what he said was absolutely true. By themselves, those five church members might not have been able to do much in supporting missionaries all over the world. However, when thousands of churches like Evansville work together, they are part of the largest missionary sending partnership in the history of the world.

And it is not just that CP giving supports missionaries that we may never meet during our time on earth; CP also provides opportunities for us to go and join in the work being done around the world. My grandfather, Rex Edwards, was a store manager and truck driver who ended up at another small church around Dyersburg called Southside Baptist Church. He served as a deacon and as the Church Training Director at that church for several decades. He was also the first person I knew that participated in a short-term international mission trip.

As a partnership of local churches in the Dyer Baptist Association, my grandfather and several other men traveled to the Philippines to work with local pastors to evangelize their communities. When he returned, he brought gifts to each of his four grandchildren. My gift was a brightly colored Jeepney toy (a replica of the most popular form of travel in the Philippines). As he told me about the Jeepney, he talked about the trips he took around the village and the people with whom he shared the gospel. And while I was thankful for the gift that he gave to me, I was more impressed by the gift he left in the Philippines.

When my grandmother picked him up from the airport, she noticed that he had flown back from the Philippines without shoes. When she asked him what happened to his shoes, he simply told her that a Philippine pastor who had been walking miles every day to share the gospel did not own a pair of shoes. So, he gave him the shoes off his feet. That story was shared over and over again in our family. I thought about the story again many years later as I was putting a new pair of shoes on the feet of a little Brazilian boy who had also never owned a pair of shoes. And as I placed those shoes on his feet, I was sharing the gospel with his mom in the chair next to him. Both of those trips were made possible because of churches that were partnering with the Cooperative Program of the Southern Baptist Convention.

That is the most beautiful part of being a Southern Baptist to me – the collective power of the Cooperative Program to impact the world. Every member of a church that gives to CP is participating in the fulfillment of the Great Commission. In my life as a Southern Baptist, I have been a member of churches with membership from a couple of hundred to thousands. And in each of those churches, my offering has supported the work of missionaries in some of the toughest areas of the world. Through partnership with CP, I have also been able to participate in trips from Kalamazoo, Michigan, to Los Angeles, CA, to the cities of Brazil. And for those reasons and many, many more, I will be forever grateful for the Cooperative Program.

If you aren’t listening to the excellent “SBC This Week” podcast, you should check it out!  This podcast is hosted by Jonathan Howe and Amy Carter Whitfield, and it is a great way to keep up with what is going on all around the SBC.

Here’s the web link for the episode: http://www.sbcthisweek.com/statements-from-erlc-and-dr-moore-signal-unity/

It’s also available in podcast apps if you search for the podcast “SBC This Week.”

Carlos is a Hispanic artist who is well known throughout Phoenix for his large murals along ally-ways and high-rise buildings. He is considered, by both the powerful and the powerless, a bridge builder in the gentrified city, where rapid changes are taking place among diverse cultures and peoples. James is an African-American entrepreneur, community developer, and friend to many in downtown Phoenix. 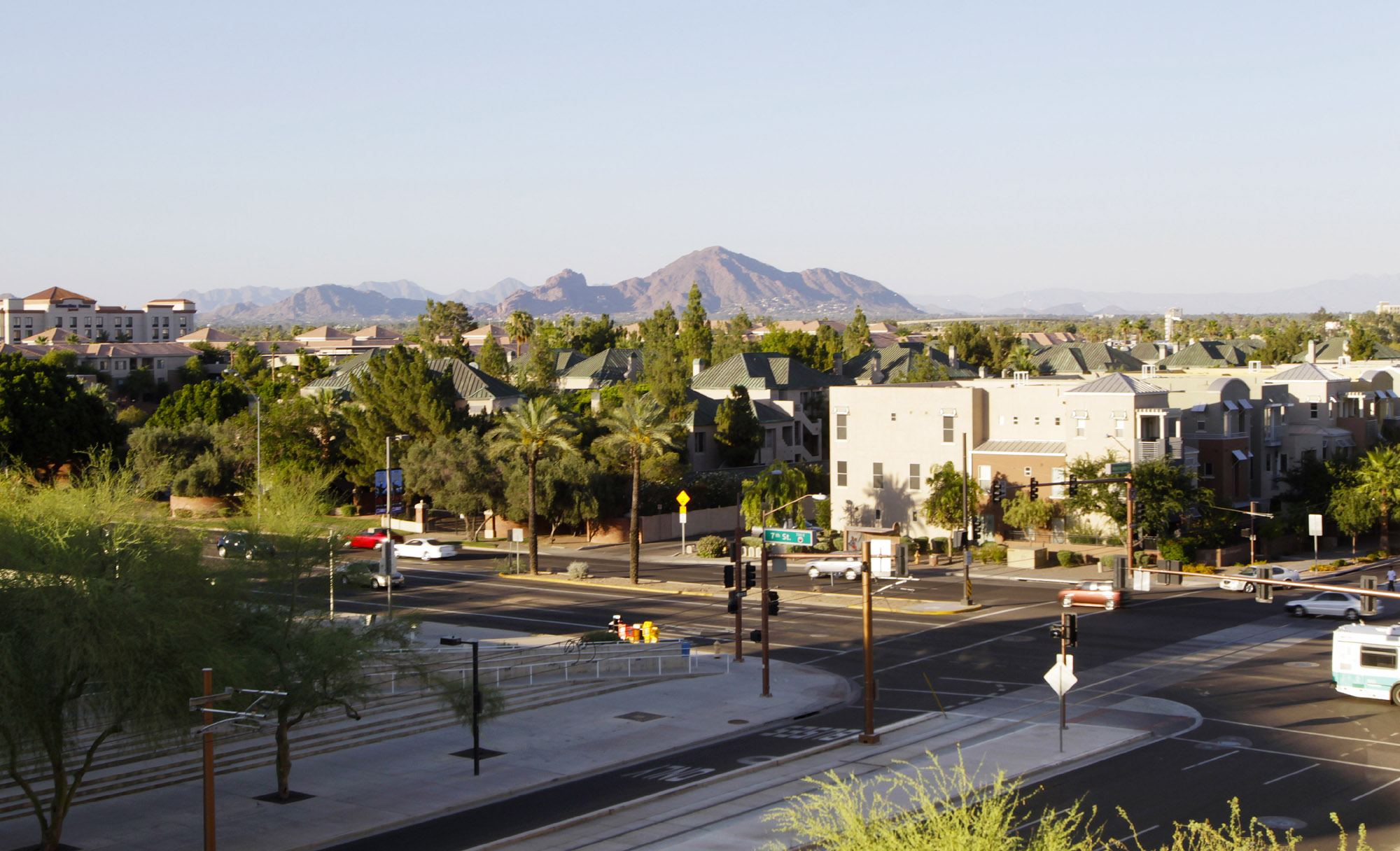 James considers himself Agnostic, and shares a common distaste and distrust for religious institutions due to the scorched earth of religious experience of his past. Davida is a single mother who recently went through a difficult season of life. She lost her job and struggled to make ends meet, thus, facing the prospect of homelessness, an experience that was too familiar in her not so distant past.

A few years ago, Karla and I had no idea where it was that the Lord was asking us to go. We were willing to go anywhere. Over a series of events and years of discipleship and mentoring within our local church, God began to stir a passion for making disciples among dense and diverse people groups in the urban city center. However, we still had no idea specifically where God was asking us to go. And then it happened.

Monty Patton, a Send City Missionary, along with Bruce Ford, a Director of Missions for the Arizona Southern Baptist Convention, visited Raleigh, NC and met with my pastor. They expressed their heart for Phoenix and inquired if our local church had any church planters who might consider planting in Phoenix or come alongside a church in effort to revitalize. It is amazing how the Lord works through Kingdom collaboration! We arranged to meet with those brothers prior to their departure back to Phoenix. Our hearts were compelled to go to Phoenix, to make disciples in downtown Phoenix, and plant a church.

A few weeks ago, I was commuting to a New Testament class that was being held at an extension campus in Lake Havasu City, Arizona. I commuted with my professor and friend, Dr. David Johnson, Missionary Executive for the Arizona Southern Baptist Convention. He said, “We can do what we do because every dollar comes from a Baptist.” He is right. END_OF_DOCUMENT_TOKEN_TO_BE_REPLACED

The Executive Committee of the SBC wants to hear from young leaders in our convention! We believe that the Cooperative Program is the best large-scale collaborative model for sending the gospel to the nations that the church of Jesus has ever utilized. We all share the calling and opportunity to complete the Great Commission. To that end, we need to hear from you and other young leaders regarding the future of the Cooperative Program. Would you take five minutes and go to the link below to help us out? Thanks!