Last year in St. Louis I had the privilege of serving the convention as the second vice-president. That opportunity opened my eyes in a fresh way to how the convention operates and to the importance of the work that happens each year when the messengers of the Convention gather for prayer, worship, and work. This year in Phoenix I was able to take some of those insights and participate more fully in the experience we call the annual meeting. Here are three of the highlights for me from this year’s convention. 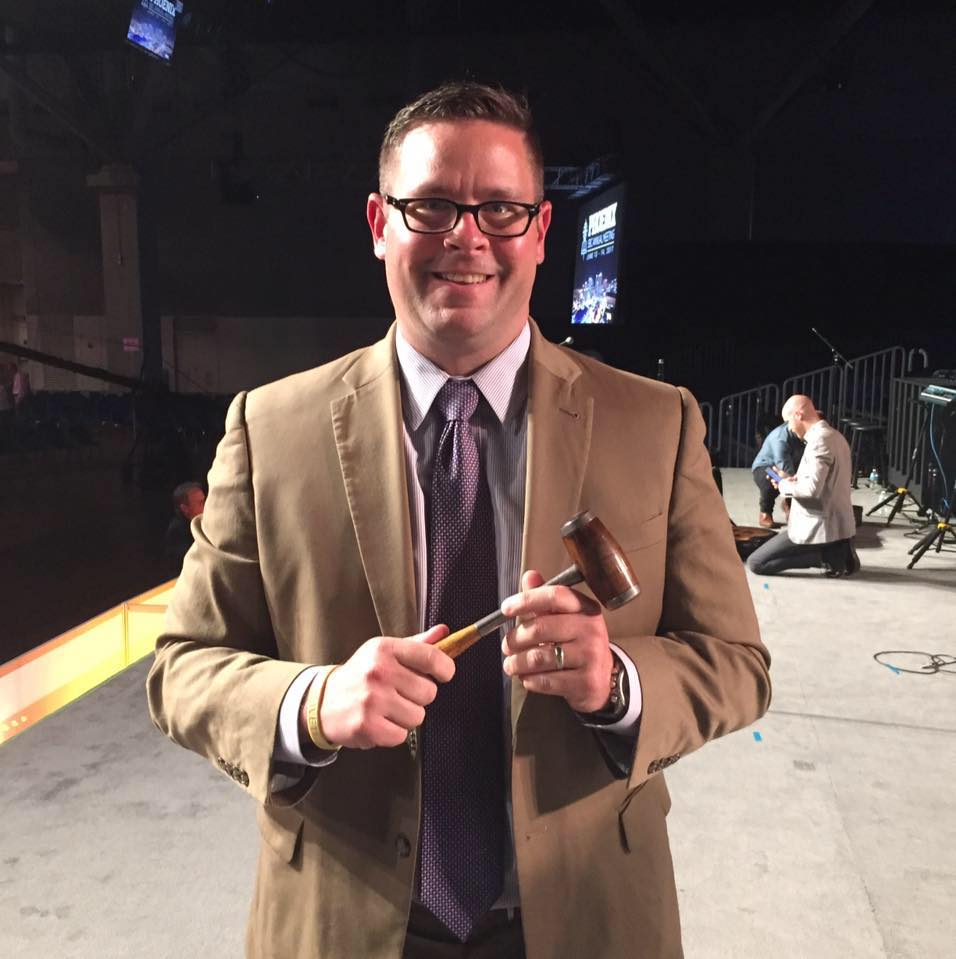 1) The International Mission Board Commissioning Service. This is always a highlight for me, but for some reason, it was even more powerful this year. After all of the discussions, blogs, and tweets about who we are as a convention that have happened over the past year I was reminded that this is what we do best as a convention. We gather our funds together in the Cooperative Program for the purpose of doing more together than we can alone and there is no place where that is more observable and important than in the sending of missionaries. My church is a reasonably large church compared to others in our convention, but we could not have sent a single one of these couples to the field by ourselves, yet together the churches of the SBC sent out our best and boldest to the darkest regions of the world for the sake of the gospel. To me this is what it is all about.

2) Seeing the messengers refuse to let an issue they cared deeply about go unresolved. As the father of three children who are adopted from another country and do not share the same ethnicity as I do, I was so glad to see that there were messengers in the convention who refused to let a resolution condemning the “alt right” (and the racism that they espouse) remain dormant. From social media to hallway conversations it was great to see the passion and energy given to revive this resolution. It was also great to know that our Committee on Resolutions was listening and was humble enough to bring back a resolution that was worthy of our consideration and approval. Racism has absolutely no place in the Kingdom of God and as Southern Baptists, we should say so strongly and frequently. It was also thrilling to see that not only did we say so, but we acted on this conviction by electing men of several ethnicities and races to positions of leadership at our pastor’s conference and to our convention leadership.

3) A renewed commitment to stewardship and generosity. I am very excited about the partnership that was announced by Dr. Page and Dave Ramsey’s Team around the subject of stewardship. This has been a great need in our churches for many years and I am excited to see how God uses this partnership and emphasis to grow the Kingdom. Similarly, I saw several displays of generosity that were quite moving that I think are a testimony to those who have practiced wise stewardship. The first was the generous gift Dr. Tommy Green and the Florida Baptist Convention made to the Cooperative Program from the sale of their building. What a testimony to the generosity of that convention toward the Kingdom. The other was the generosity that Dr. Ezell and team at NAMB made to Justin Haynes and his family. Justin is a church planter in New Orleans who was recently diagnosed with cancer the same week he was featured in the NAMB prayer calendar. At the end of the SEND luncheon Justin was told that a generous donor had given NAMB the funds to cover all of his medical expenses and to pay for his family to have a week vacation together in Florida. It is good to see that when we partner through the Cooperative Program we are truly Better Together!

On a sad note, it was hard not to see Jim Wells on stage serving as Recording Secretary. I had the privilege of working with Jim up close last year during the counting of ballots during the convention officer elections (which if you remember were very tight), and he was outstanding. It was even sadder to hear that shortly following the close of the convention Jim passed away after a long battle with cancer. He will be missed, but we celebrate his life and the fact that we know He is at home with Jesus.

I hope to see even more of you in Dallas next year!